Dating and popular from the early 1800's to the early 1900's, the Ogee clock was a statement piece. 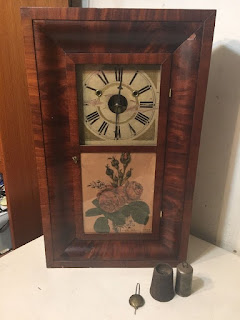 From the Encyclopedia Britannica: Ogee clock, clock design that originated in the United States in the 1830s, distinguished by a case the front outer edges of which are curved into an S-shape (ogee). This shape is formed by the union of a convex and a concave line. A mass-produced variant of the shelf clock, the ogee clock stands about 30 inches (75 cm) high and is usually weight-driven. The movements were usually made of brass and were made to run for 30 hours or eight days.

Both the Encyclopedia Britannica and the Merriam Webster Dictionary treat this clock as a run of the mill, rather boring example of an American clock, it is far more than that.

The ogee style clock was one of the earliest mass produced, affordable clocks for the masses.  Similar to the Model T by Henry Ford, the ogee was not a perfect clock, but was more than acceptable and very reliable.

The cases were typically veneered in beautiful rosewood and fit with robust weight driven movement.  Movements were 1 day or 8 day run and could be fitted with an alarm mechanism. 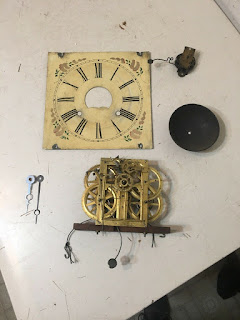 The movements in these clocks were easy and inexpensive to manufacture.  Manufacture varied from a very simple and cheap brass strap movement that was riveted together, to a punched brass movement with impressed oil sinks, even to a fanciful lyre shaped movement with pressed in bearings. 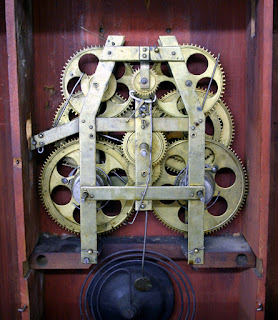 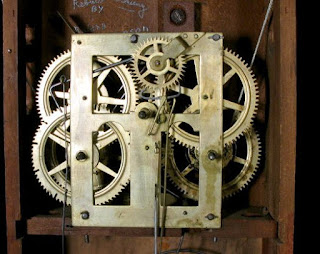 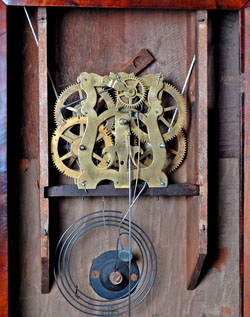 The dials of the clock were manufactured from pressed metal or carved wood, both types painted and embellished  to suit the taste and style of the time 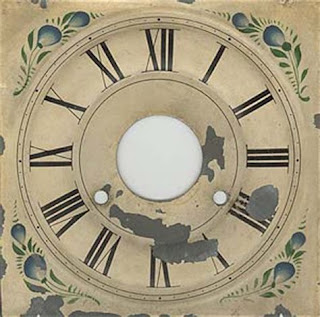 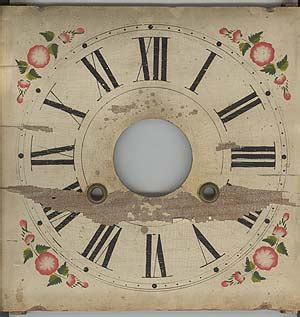 This was often the first and only clock possessed by a family.  This was a good looking piece, that ran well, was easy to maintain by the owner, and was a possession to be proud of.  The ogee style clock was born out of the early part of the industrial revolution when manufacture processes became more streamlined and items became more affordable.  The ogee style clock could display the time and have artwork on the lower tablet of the door, or even a mirror in the lower tablet to reflect more light into the room.  This was a revolutionary and important piece.  To relegate the clock to a simple statement of "a clock that was manufactured with a simple s formed case"  does not do justice to the early American clock makers and their ingenuity in manufacture. 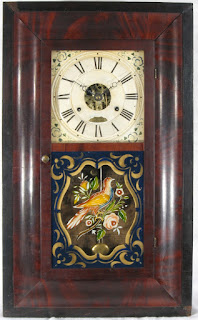 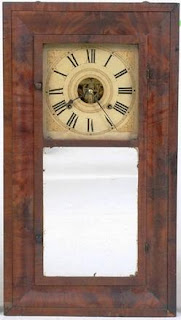 The Ogee clock is an American classic.  An example of American ingenuity in addressing a problem/situation and working to create a solution.  The Ogee clock  was born out of the industrial revolution and help to establish the American clock making industry. 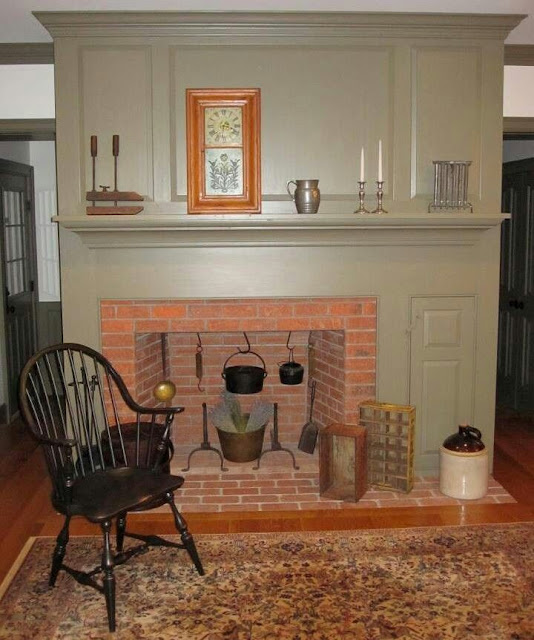 Posted by The Clock Man a.k.a. Dorrin K Mace, Horologist at 1:28 PM