The Difference in Tones

A common complaint from customers with antique clocks "I don't like how it sounds, can you fix that?"  The short answer is, "most times, yes".
Now to qualify that answer.  The tone of a chime is effected by the hammer, the type of gong, the mounting method of the gong, as well as the type of wood and manufacture of the case.

Hammer heads that strike the gong can be made from Leather, nylon, plastic, or metal

The metal hammer head, as shown below, is the hardest hammer head and creates the most harsh sound 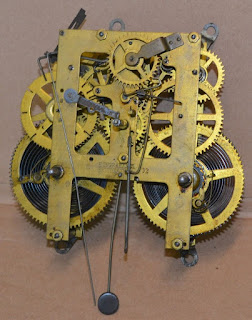 The plastic hammer head, as shown below, is typically found on low end pacific rim clocks and creates a loud, harsh, unpleasant sound 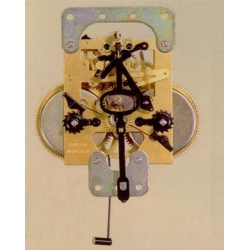 The nylon hammer head, as shown below is typical of those used on modern chiming clocks.  This hammer head produces a pleasant sound. 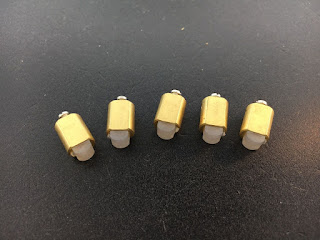 The leather hammer head, as shown below, is typical of quality antique mantle, wall, and floor clocks.  The leather head produces a pleasant warm tone. 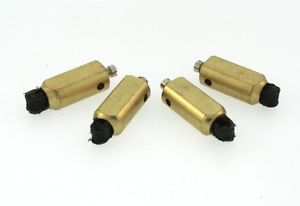 The type and material from which a clock gong is made has a huge impact on the tone of the chime.

The round wire gong, as shown below, has the harshest sound of all chimes.  The wire gong is cheap to produce and has a loud call. 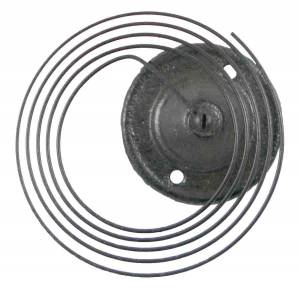 The flat wire gong, as shown below, has a full and melodious sound, if manufactured from mild tempered steel.  Should the flat wire gong be made from high carbon steel, the sound is very sharp and harsh. 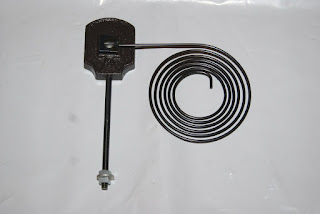 Chime rods can be the most pleasing of all chime tones.  The sound generated  from these chimes is dependent on the length of the rods, the material from which the rods are manufactured, the block in which the chimes are mounted and how the chime block is mounted in/on the clock case.  Short chime rods produce a high pitched tone, longer chime rods produce a deeper more mellow sound. 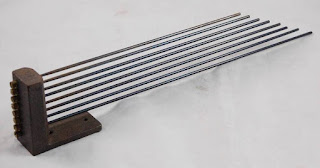 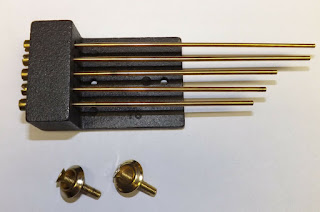 The chime block amplifies the volume several times over chimes mounted to the back of the clock. 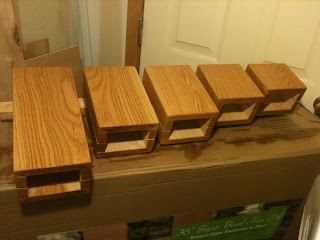 The wood the clock is manufactured from as well as the method of construction makes a huge difference in the sound generated by the chimes.

A good hard wood, like cherry or walnut, gives the warmest, most melodious sound.  A dense hardwood such as oak, elm, chestnut, or hickory produces a sharper harsher sound, while a soft wood like pine or poplar produces a very dull soft sound.

The science of the sound 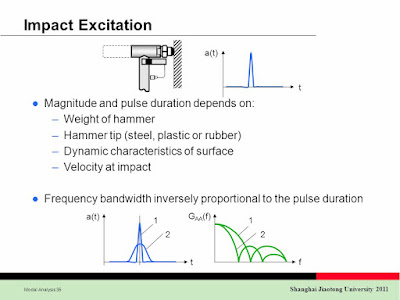 Posted by The Clock Man a.k.a. Dorrin K Mace, Horologist at 7:30 PM