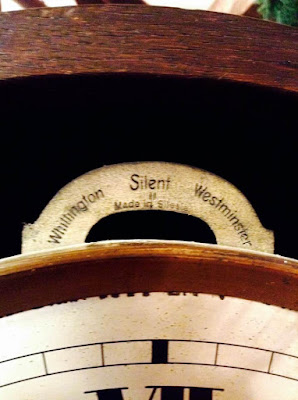 I have been repairing, restoring, and researching clocks for greater than 35 years, a clock marked "Made in Silesia" is a first for me.  This is a unique and unusual coffin style floor clock mad by the Gustav Becker clock making works.

Gustav Eduard Becker was a German clock maker and founder of the brand Gustav Becker. Becker learned clock making in Silesia and enriched his skills by learning from many masters around Germany which, during that era, was the most important country in the clock industry. His great skills gave him the ability to fix clocks at the most intricate level. During his time in Vienna, he decided to start his own clock factory.
Becker came back to Silesia in 1845, and got married. In 1847, he settled in Freiburg, Lower Silesia (now Świebodzice, Poland), and that April he opened a small clock shop with a few employees to whom he taught clock making. First, he created clocks in the Viennese model, and thanks to his success, in 1850 he moved his business to a better business center.
His breakthrough came in 1852 at the Silesian Clock Fair. Crowds were drawn to his works because of the quality, and he was awarded the gold medal for the best clock in the fair. In 1854 he received large orders from the British Royal Mail, and the Silesian Telegraphy Centre. After the orders, he received a fortune from the Duke of Martibore, and with this money he could pay enough to make clock cases for train stations. In the 1860s, he began to create the Classical Gustav Becker clocks. Starting from fairly simple clocks, the clocks became complex and very ornamental, and sales rose to a peak in 1875, with over 300,000 clock orders. He won at clock fairs in London, Paris, Sydney, Melbourne, Berlin and Amsterdam.

The wording "Made in Silesia" dates this clock to before 1930, and the style dates it to the early to mid 1920's.  The case detailing is fantastic to look at from the carved accents to the top door 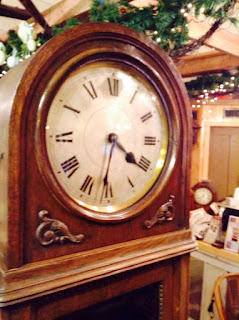 To the egg and dart trim and beveled glass of the body door, this is a very enjoyable piece to look at 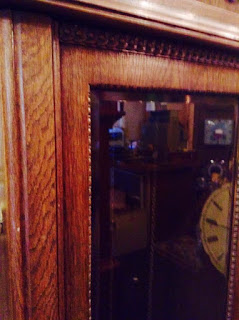 The Becker movement is a well made unit and this being a multiple chime selection piece, makes it unique for the owner to enjoy. 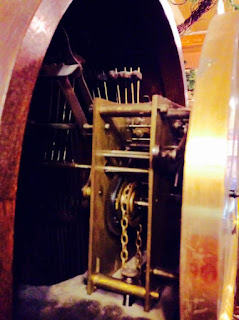 This entire piece has me excited as I restore the case and weights to their age appropriate antique appearance.  Its was a great learning experience to find out about Silesia and the early history of Becker and his clock making firm.
Gustav Becker died in 1885, but the strength of his enterprise carried his name forward. The trademark and production survived an 1889 consolidation of Freiburg clockmaking companies into the "United Freiburg Clock Manufacturing Company Inc., formerly Gustav Becker". In 1926, this firm combined with the Junghans clockmaking company, and the Gustav Becker trademark continued until about 1935.

The brand was created in 1899, and in 1930 it merged with Junghans, a large clockmaker in Schramberg, Baden-Württemberg, in southwestern Germany. After the Second World War ended, the Gustav Becker factory's location was transferred from Germany to Poland, and clock production there ceased. Junghans continued to exist in West Germany, but clocks bearing the Becker brand were no longer produced.

Posted by The Clock Man a.k.a. Dorrin K Mace, Horologist at 9:27 AM