We take for granted knowing the time when we are in a car.  Nearly all modern vehicles currently have systems that display the time of day, this was not always the case.

Having an automobile that had the time of day displayed was not common.  In the early days of the automobile. every thing was an option.  While radios, turn indicators, climate control, cruise control, even a speedometer and odometer would wait decades to be included as options for vehicles, the idea of having the time available was one of the first concerns worked on for aid the driver and passenger.

As is often the case when a need is discovered, the inventions and iterations of the need began to flow.

Basically, the early car clocks were a large jeweled pocket watch that was wound from a long stem 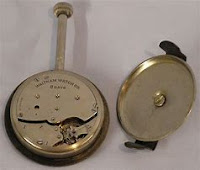 More standard were clocks that were fit into the glove box or were mounted on the dash. 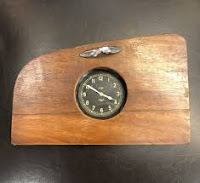 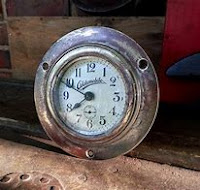 More unique were clocks mounted into a rear view mirror, as well as a self winding example that was mounted on the steering wheel. 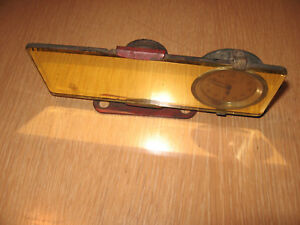 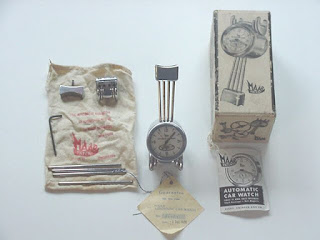 Many of the early autos had curved, slanted, or otherwise sculpted dashboards, often not permitting the flat mount of the car clock, thus the gimbled mount clock came onto the scene of available options. 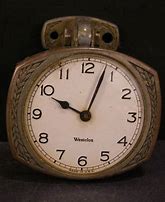 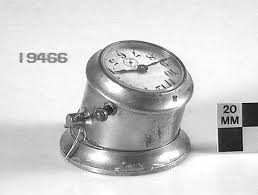 As the car clock was often the only option on the auto, and the fact that early autos were a major and expensive investment, the clock was a highly designed, fashionable accessory; a beautiful thing to behold. 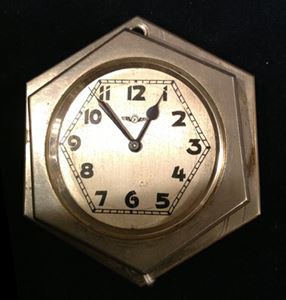 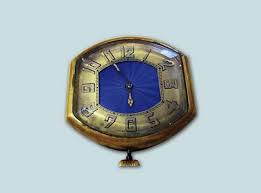 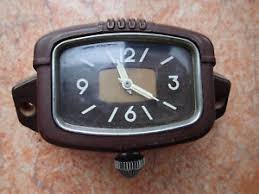 Today early car clocks enjoy popularity as a unique collectable;  An item thought of as a curiosity today, but much appreciated by early automobile owners and passengers.

Posted by The Clock Man a.k.a. Dorrin K Mace, Horologist at 6:21 AM